Members of the Manbij Democratic Civil Administration and Campaign, Social Affairs and Labor Committee, Interior Committee and Manbij Internal Security Forces participated in the first day of tent activities, which must last 3 days, in the city center.

The program for the first day began with a minute of public silence in remembrance of the souls of the martyrs, then the co-chairman of the Syrian Revolutionary Youth Movement in Manbij, Ahmed Al-Jumaili, gave a speech in which he said: “We pitched the sit-in tent today against the Turkish occupation’s attacks on us before their attack on the guerrillas,” indicating that the targeting of the guerrillas. It is an attack on the will of the people.

For his part, the co-chairman of the Manbij Legislative Council, Mohammad Ali al-Abbo, said during his speech that “the Turkish state, since its establishment in the last century, has worked hard to consolidate the Ottoman Empire through its expansionist project, but unfortunately it has always used accomplices, whether in Syria or Iraq to carry out its agendas through them, against the peoples of the region. 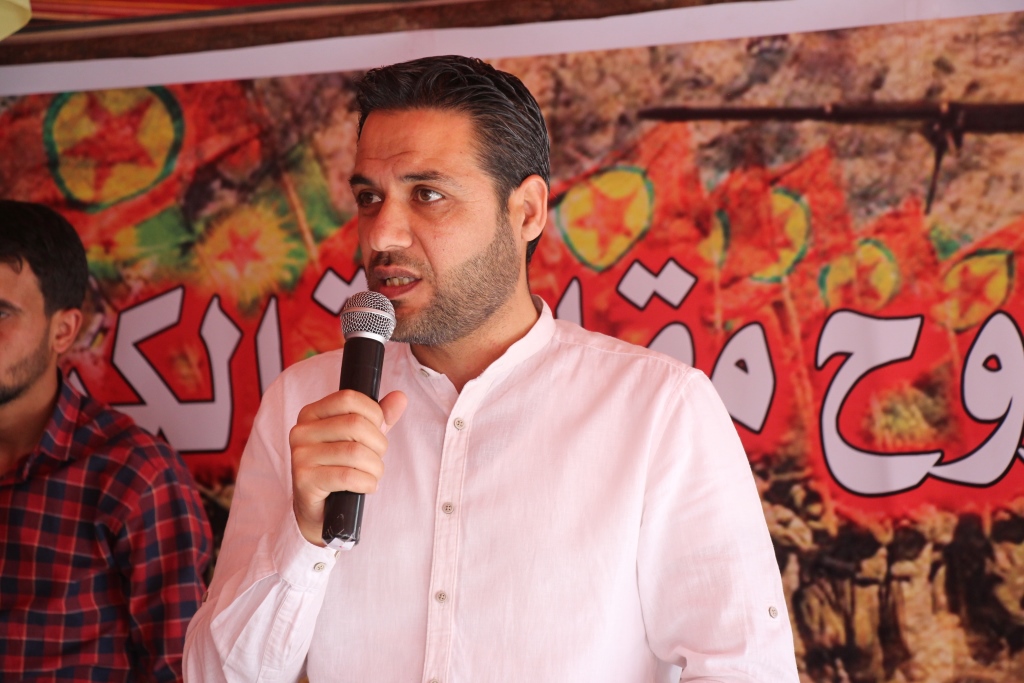 “We, the people and the administration of Manbij city, reject all practices that do not comply with international laws and standards,” Al-Abbo added.

Emphasizing that “Turkey is working hard to expand and occupy our regions to engender the spirit of resistance there, because we are the owners of a democratic project that expresses brotherhood among peoples, freedom and equality” .

Delegations from all municipal and military institutions and political parties in Manbij are expected to flock to the tent.