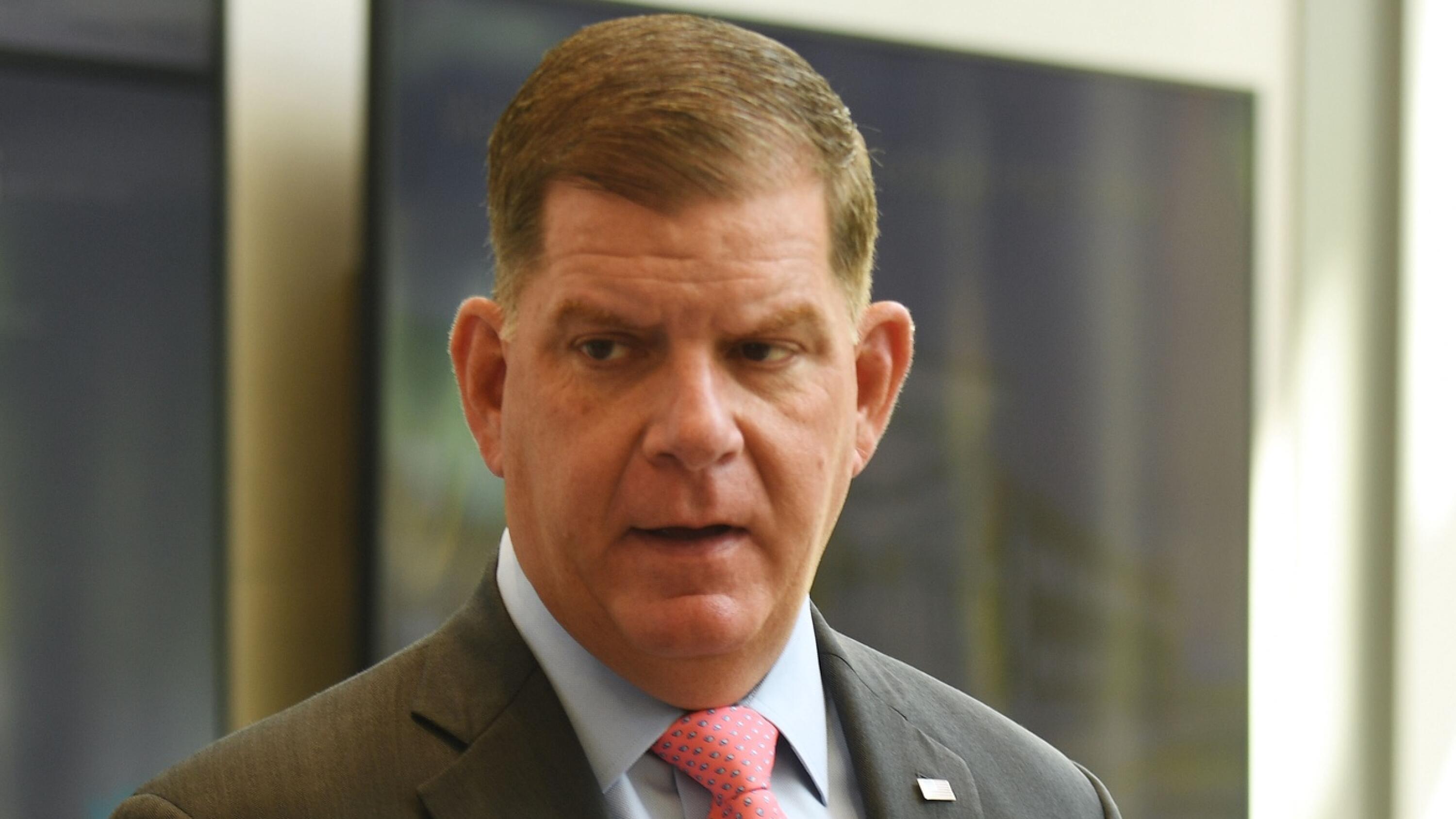 Tuesday’s visit by the former Boston mayor celebrated the launch of CareerConneCT, which funds 19 job-training programs at a cost of $70 million.

The Eastern CT Workforce Investment Board received $7,850,000, the largest of the grants.

The state’s Office of Workforce Strategy runs the program, which aims to help people whose jobs have been affected by the COVID-19 pandemic find work. The state legislature directed federal money from the American Rescue Plan Act to this workforce development program.

The U.S. Department of Labor wrote in a press release that Walsh visited Grasso Tech to highlight the CareerConneCT effort and to “build partnerships across multiple industries and offer short-term training solutions to turn over thousands of people at work”.

Employers such as Accenture, Eversource, Electric Boat, Hubbard-Hall, Infosys, Orsted and Yale New Haven Health have pledged to hire 4,000 people through the program.

Spokesman Dan McFadden said the submarine builder is looking to hire a total of about 3,900 people in 2022. That includes 900 skilled trades positions at Groton and 1,343 at Quonset Point.

In addition, the company’s engineering/design fleet support at all sites, but primarily Groton and New London, aims to employ approximately 1,300 people.

Since EB began working with the Workforce Investment Board in 2016, the company has hired 1,800 workers through the program and expects hiring to increase this year in due to the expansion of CareerConneCT.

Walsh called Grasso Tech “magnificent” during his remarks and said his participation in CareerConneCT should set an example nationally.

“The State of Connecticut is an important partner in the Biden-Harris administration,” Walsh said Tuesday. “It’s the model of what we need to do all over America; identify a situation in which we have employment opportunities for young people and create new opportunities.

Members of the Biden administration have traveled to Connecticut often. In July, US Department of Health and Human Services Secretary Xavier Becerra visited a Planned Parenthood in Waterbury and also traveled to Norwich. In May, US Energy Secretary Jennifer Granholm visited Waterford and New London. Biden and Vice President Kamala Harris also made trips to Connecticut while in office.

Walsh has spent some time defending Biden, downplaying “the big resignation” and saying the US economy is turning a corner and opportunities for workers are expanding.

“We focus on innovative workforce programs that provide real pathways to good, in-demand jobs that are fair, supporting workers who have lost those opportunities in the past,” Walsh said. “Connecticut employers are eager to get involved. It is a win-win situation for employers and workers.

Lamont said once people complete these short-term training programs, they will essentially have jobs waiting for them as employers look for skilled workers. He praised the Manufacturing Apprentice Center at Grasso Tech.

“Here at Ella Grasso, they’re oversubscribed, a waiting list. Harder to get into than Yale,” he said. “It’s a place people want to be because of the amazing guaranteed jobs you have back there.”

Lamont, as he has repeatedly throughout the pandemic, urged people to get into a trade and fill vacancies in the state.

“Every business looking to expand into the state of Connecticut asks me about labor, labor, labor,” Lamont said.

Blumenthal made a similar point.

“The most common question I get from the Pentagon is, will you have enough people to fill those positions and build those submarines?” said Blumenthal.

Courtney, who was credited with securing the first batch of funding for the Eastern CT Workforce Investment Board (EWIB), agreed on the need for workers as construction of the Columbia-class submarines began.

“The demand signal is still incredibly strong between Quonset Point and Groton,” he said. “This CareerConneCT initiative … is about trying to gauge the success that is here and also expanding it to other sectors and other populations across the state.”

“The funding comes from the bailout that President Biden signed into law in March 2021,” Courtney added. “Governor Lamont and lawmakers…recognized this was about more than just disaster response, it was about getting out of COVID and trying to grow the economy.”

Participants chosen for CareerConneCT will have support services available, such as funding for childcare, housing and transportation, which can create barriers to employment.

Another speaker at Tuesday’s press conference, David Dorr, 18, who attended Ledyard High School and Norwich Free Academy, said he had come through EWIB’s Youth Manufacturing Pipeline initiative and that he is now employed at Collins and Jewell, an industrial equipment supplier in Bozrah.

“I’ve always enjoyed working with my hands,” Dorr said. “I’m not an office worker, I just can’t do it.”

“It was a great opportunity to cross class,” Dorr said. “You have been taught so much. You are taught safety. You are taught to use tools. You are taught career paths. There are so many open doors. There is so much variety and so much you can do with what you learn there. I’m glad there’s so much going on to make it a bigger idea.

How young people are shaping the future workforce