Over 10,000 UK employers are now paying their staff the true living wage

More than 10,000 UK employers, including Ikea, Burberry and Liverpool Football Club, are paying their staff the real living wage, according to a new study.

More than 4,500 businesses and organizations have started paying this voluntary wage rate to their employees since the start of March 2020, according to the Living Wage Foundation.

The campaign body said one in 13 UK workers are now employed in companies or organizations that pay their employees, as well as contract workers, the true living wage.

Recent trend: More than 4,500 companies and organizations have started paying their employees the real living wage since March 2020, according to the Living Wage Foundation

Many of them have taken the decision to give their workforce a real living wage in response to soaring inflation, which currently stands at 7% in the UK, its highest level since three decades.

Among the thousands of companies and groups that have introduced real living wages for their staff are Oxfam, the Royal Albert Hall, Nestlé, the Nationwide Building Society and auditor KPMG.

More than half of all FTSE 100 companies have also been accredited as Living Wage employers, such as Unilever, GlaxoSmithKline and insurance giant Aviva.

“Since the campaign began 20 years ago, Living Wage accreditation has become a benchmark for responsible business in the UK, shaping the debate on low pay and changing the lives of hundreds of thousands of people. across the country with a worthy salary.

An analysis by Cardiff Business School estimates the movement has put more than £1.8billion in extra income into the pockets of Britain’s lowest-paid workers since it was founded in 2001 by the organizing association Citizens UK community. 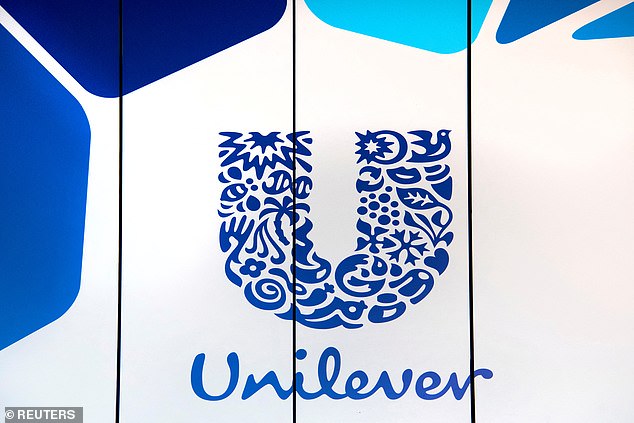 Big business: More than half of all companies in the FTSE 100 pay their employers a real living wage, such as consumer goods giant Unilever (pictured), GlaxoSmithKline and insurer Aviva

Yet amid a massive cost of living crisis, the body has also observed that 4.8 million people – or 1 in 6 workers – are still being paid less than the actual living wage.

To qualify as a real living wage employer, employers must voluntarily pay their UK workers over the age of 18 at least £9.90 an hour, or £11.05 in London, where the cost of life is much higher on average.

By comparison, the statutory minimum wage for people under 23 is £9.18, while the national living wage for people aged 23 and over is £9.50, regardless of where you are. live in the UK.

Chapman added: ‘We are facing the worst income squeeze on record, and no one will feel it more keenly than the nearly five million people in low-paying and precarious jobs, already struggling with tight budgets.

“It is crucial that employers who can afford it protect those who will be most affected by price increases by paying wages based on the cost of living.” 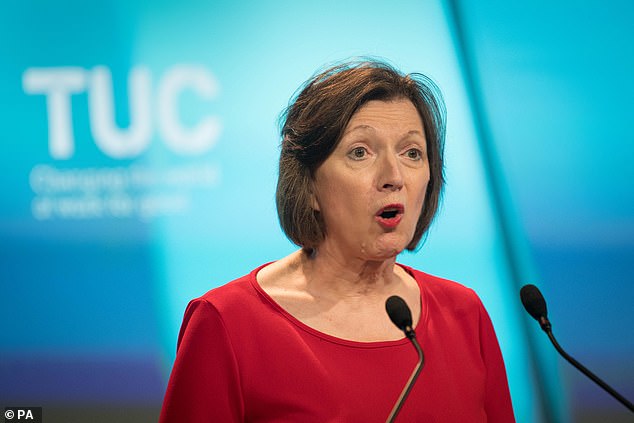 With no Jobs Bill in the Queen’s Speech, TUC General Secretary Frances O’Grady said: ‘Ministers have sent a signal that they are happy that rogue employers are treading underfoot the rights of workers”

Today’s report comes as the UK Government is coming under heavy criticism for failing to announce a Jobs Bill in the Queen’s Speech.

There had been hopes to include commitments to introduce a default right to flexible working from day one, a right for hotel workers to keep all tips and greater regulation of zero-hours contracts.

The government has said it will bring in new protections requiring ferries to pay seafarers the equivalent of the national minimum wage if sailing to or from UK ports.

Yet the British Ports Association (BPA) and unions have claimed the new legislation will be difficult to enforce, with Trades Union Congress general secretary Frances O’Grady calling the proposal “weak and unworkable”.

On the absence of a Jobs Bill from the Queen’s Speech, she said: ‘Ministers have sent the signal that they are happy to see rogue employers trampling on workers’ rights.’

‘Enough is enough. This is a government that just doesn’t get it – from the cost of living emergency to the precarious work epidemic. People can’t wait for more rights and security at work – they need it now.’

Some links in this article may be affiliate links. If you click on it, we may earn a small commission. This helps us fund This Is Money and keep it free to use. We do not write articles to promote products. We do not allow any business relationship to affect our editorial independence.

ACFA-Cashflow Explained More Employers are increasingly offering student loan forgiveness as a benefit to their workers.

Sainsbury’s under new pressure to pay all workers a living wage | J.Sainsbury

One in seven voluntary sector employees are paid less than a living wage, study finds